The Truckers Terminal Elevator was also known as the Fireman’s Grain Elevator and for many years had stood 120 feet tall at 20th Street and Wazee at the center of abandoned small buildings and remnants of Denver's rail and distribution heritage. It was imploded in 1992 to make way for Coors Field.

According to the "Rio Grande Freight Traffic Guide" of 1951 (Tramway Press, 1983) the Denver Elevator Co.'s Grain Elevator stood at the corner of 22nd Street and Brighton Blvd which is at the other end of Coors field. There is no mention in that guide of a Truckers Terminal Elevator or the Fireman’s Grain Elevator and there is no information available of the Internet to shed any light on its activities. 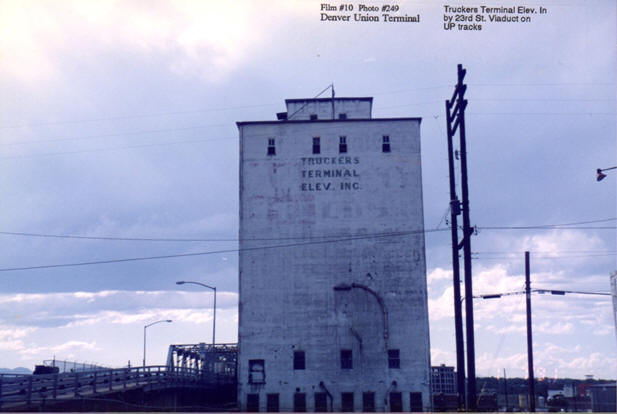 Thank you for visiting Denver's RailRoads